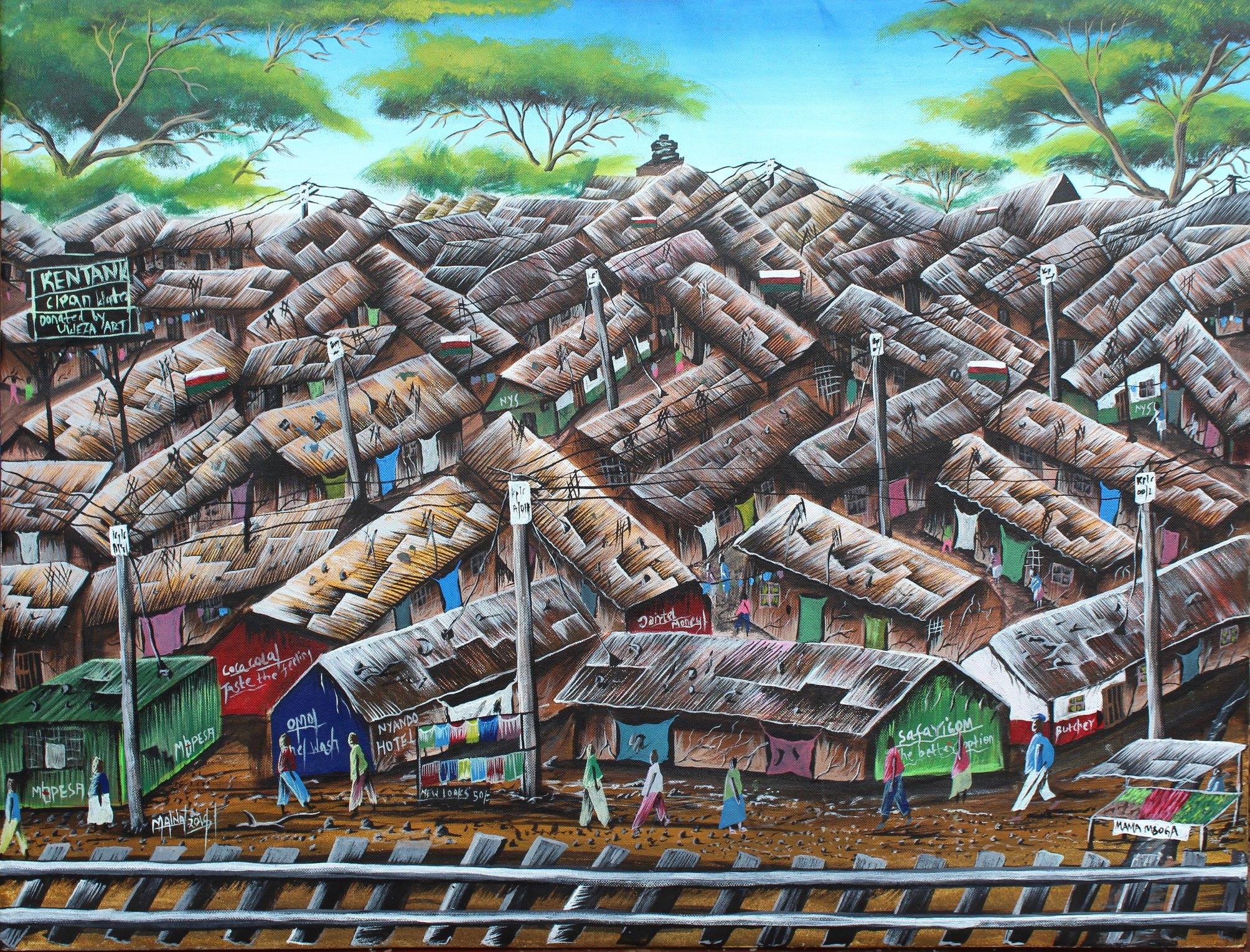 Kibera Through the Eyes of an Uweza Artist

Douglas Maina first joined the gallery in 2012 and has long been known for his detailed paintings of landscapes and animals. Last year, he decided to focus on painting Kibera.

According to Maina, “Kibera is a diverse place with many activities. I decided to do these pieces because personally to me, the country is developing at a fast rate and it is trying to do away with poverty. And many poor people live in slums.

I’m choosing to focus on subjects where I know changes are occurring. For example, close to 10,000 people lost their homes due to the passage of the southern bypass. I decided to do the painting on evacuations (titled ‘Please Evacuate’) so that the world would know people were once living there.

My most recent painting called ‘Kibera to the World’ shows how education can and will one day change the slums with the increasing support of education for people who are not well off.”

Maina’s most recent piece ‘Kibera to the World’ is currently for sale. In addition to being an artist, he is in his second year at Jomo Kenyatta University of Agriculture and Technology where he is studying Mathematics and Computer Science. His education is funded through the sales of his artwork. 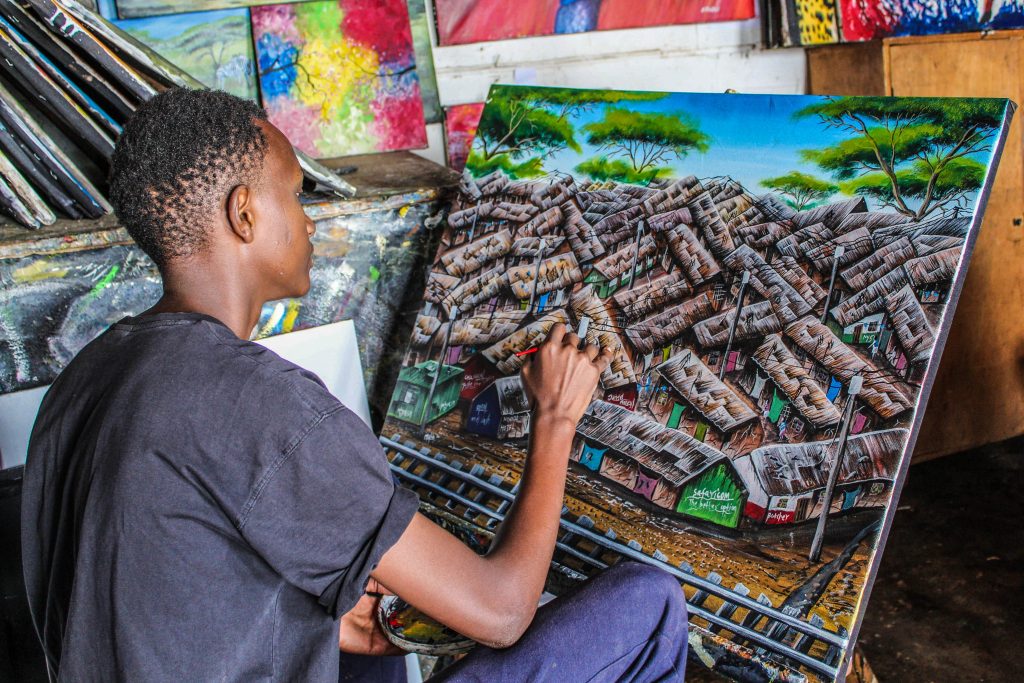 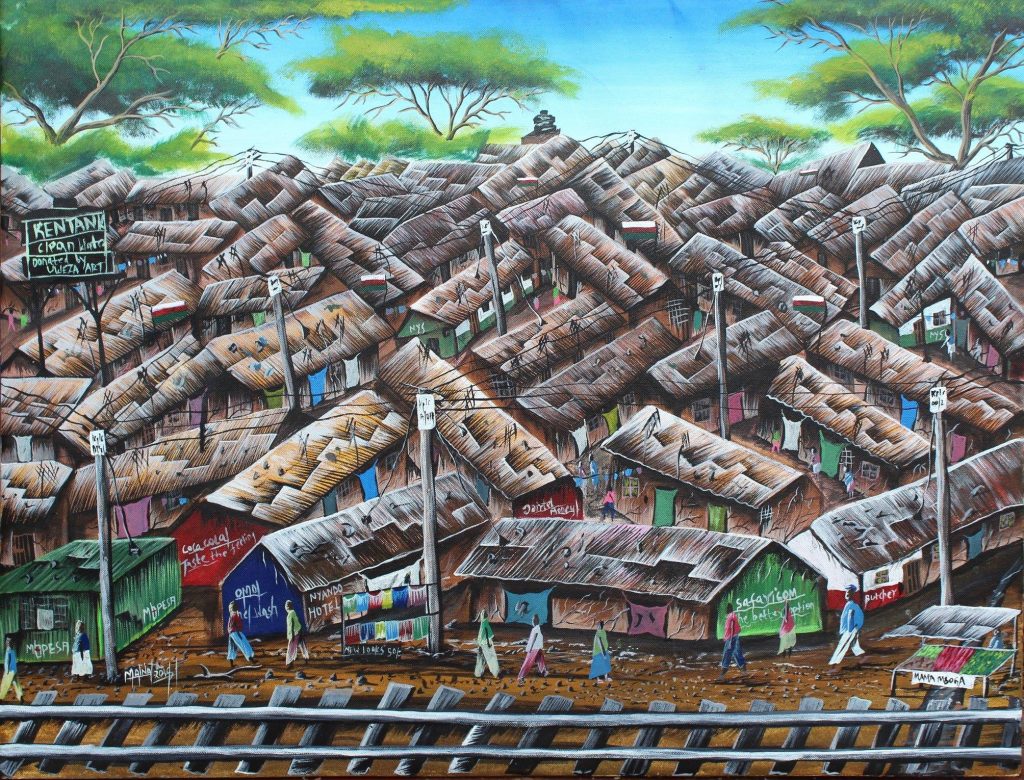 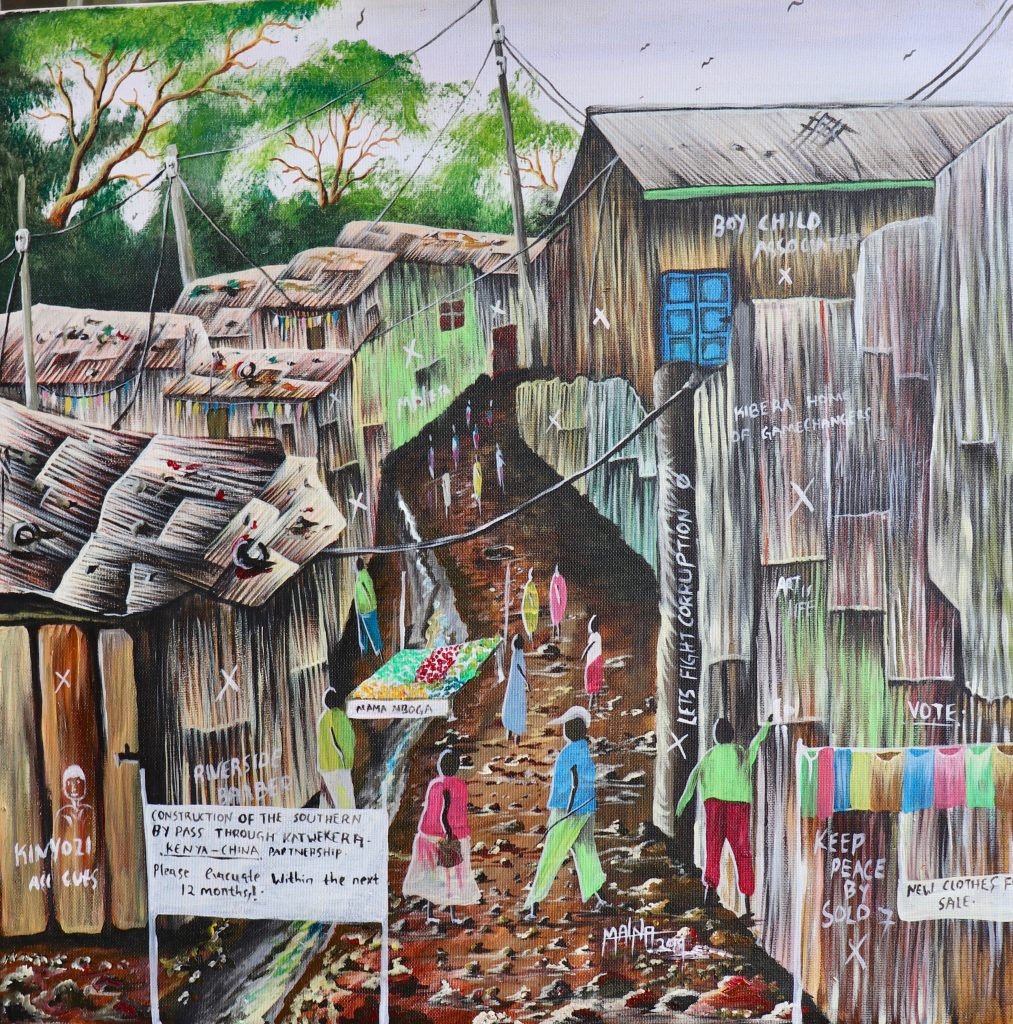 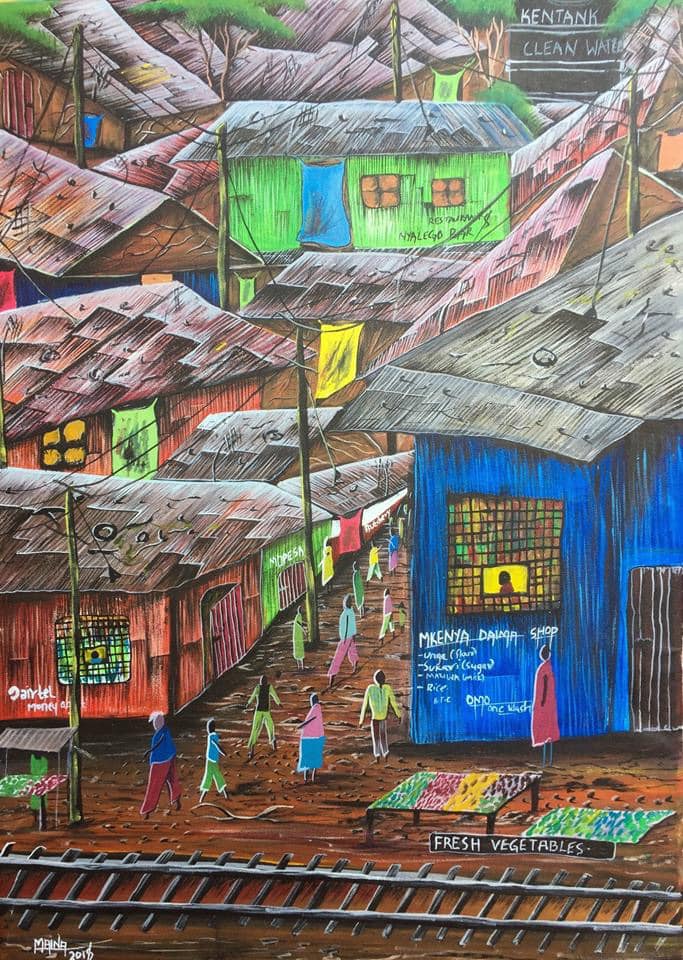 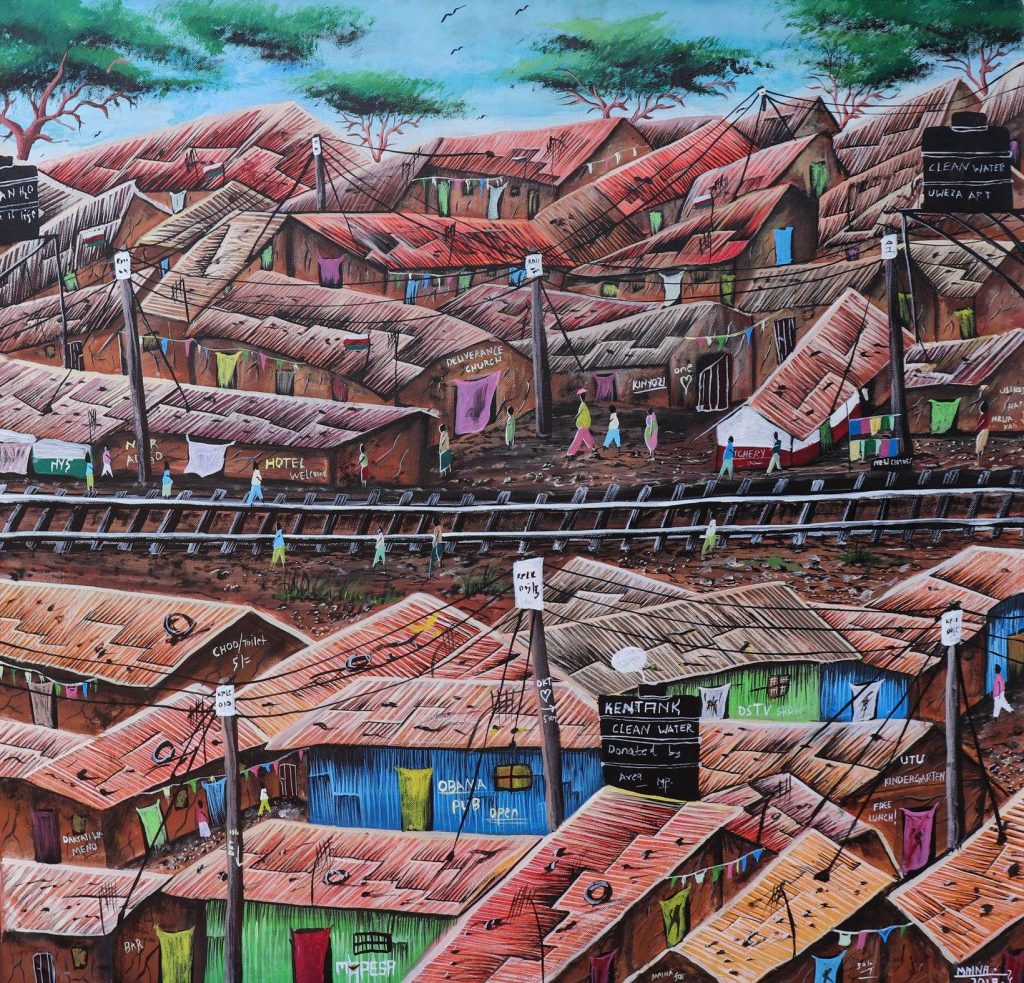 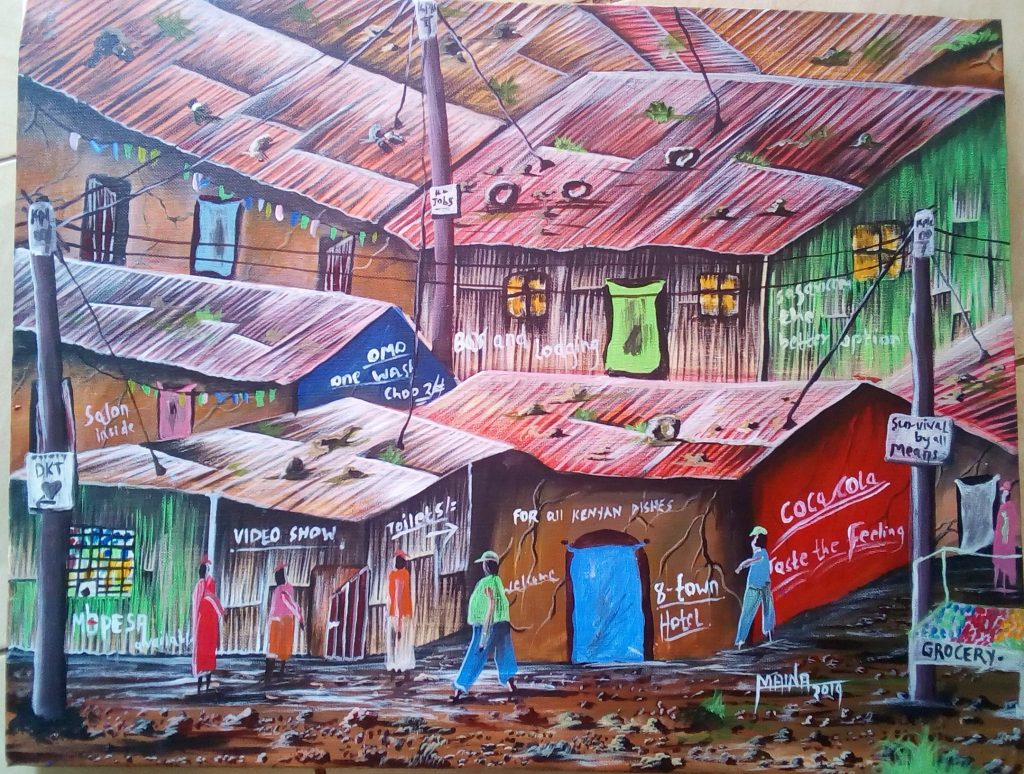 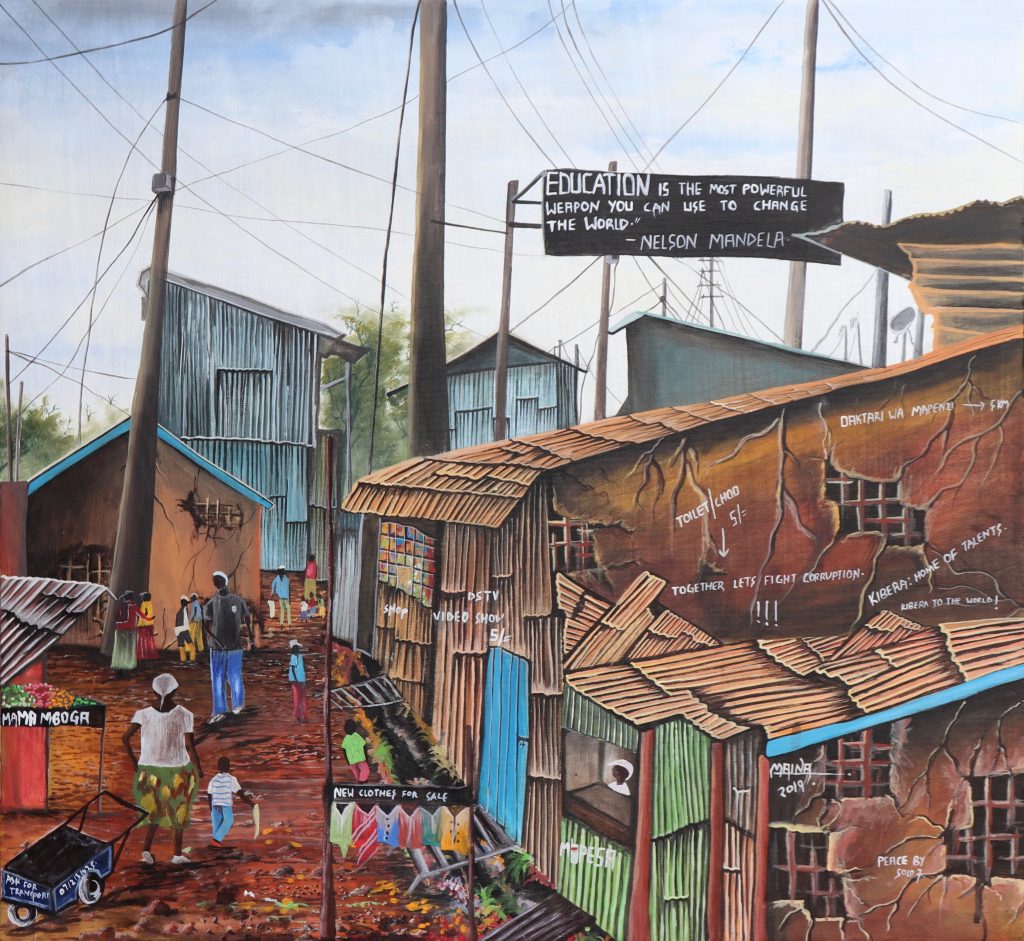 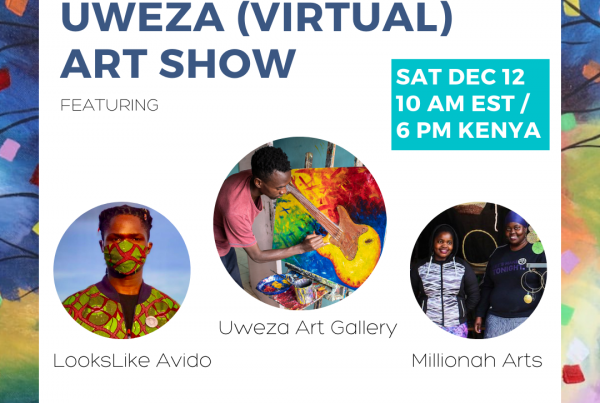 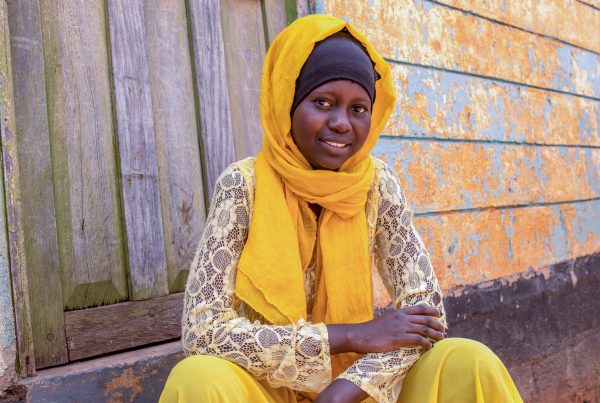 My Voice, Our Equal Future: Girls of Uweza 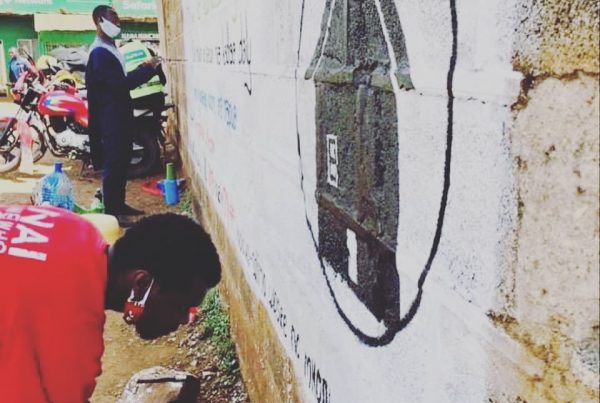